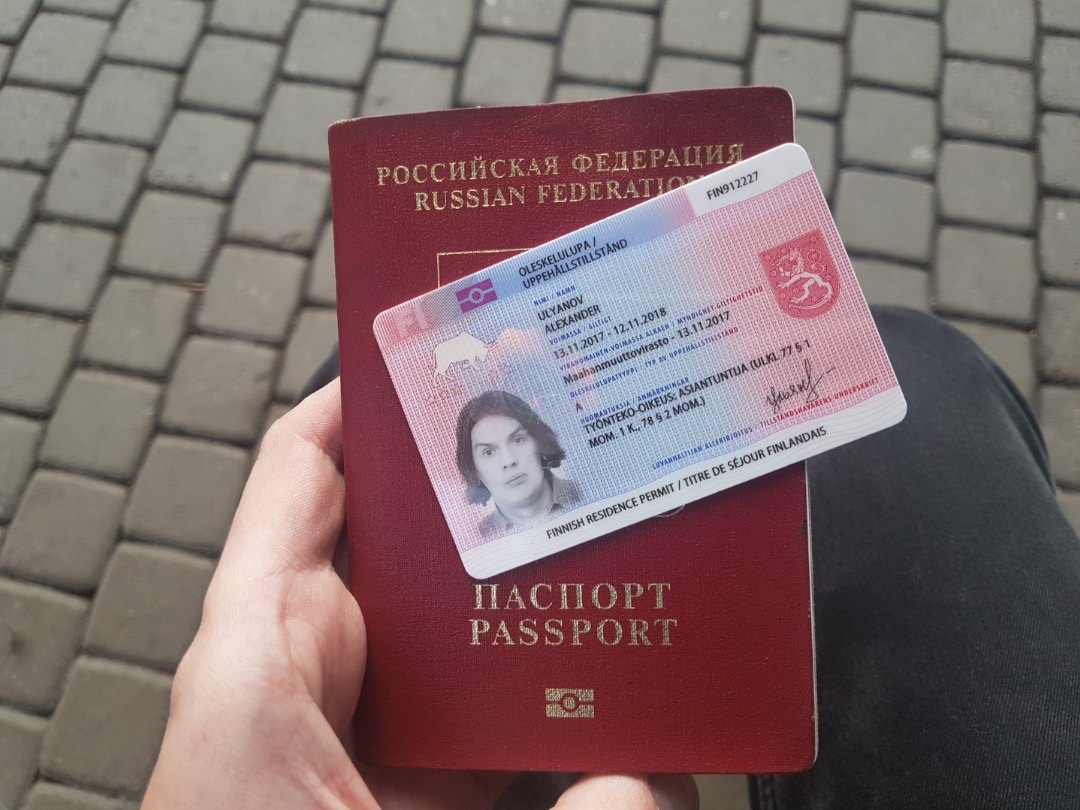 In late 2017 I did a pretty huge thing, maybe the biggest thing in my life so far: immigration into Finland!

The picture in the post heading is a Finnish residence permit card (it doesn’t really contain any particularly sensitive information on this side, if you wonder). I got it in November 2017. This is what I went to Finland with.

Over the last few years I was sometime asked: if I love Finland so much, why don’t I move there? Well, first it was not feasible due to my current life situation. Since 2016 I began to really consider that I’d like my next job to be in Finland. But I’m an extremely lazy person, and not a particularly decisive one as well, so I hardly ever actually did anything about that decision. Once or twice I actually responded to some job listings in a few companies, once I even went through a Skype interview, but those guys ghosted me in the end (despite saying how they like everything so far). But in August 2017 I decided, for no particular reason, to send out a few CVs again, and this is where it really began.

In general, as it turned out, Finland is a suprisingly easy country to immigrate as a software developer. Yup, I’m a software developer, and this is an extremely useful field of work for immigration, at the moment almost certainly better than any other one. Since 1) developers are still in demand pretty much everywhere; 2) due to point 1) and the general character of the work job listing in all countries not always but often do not require knowing the local language, only English. And as it happens, I studied English way back in school, and am pretty much fluent in it now.

So the fact that I’m a developer (and over 8 years of experience began to be called a senior one) is of course my winning lottery ticket. There was, however, a problematic part as well: I don’t have a university degree. This is also not uncommon in our industry. In my case I studied to be an interpreter, had been doing that for three years, than gave up (because it was such a tremendously boring thing) and began, well, writing websites for a company in my native Yekaterinburg, and after two years moved to St. Petersburg from there.

Still, in the end that wasn’t a real obstacle as well. On a snowy overcast December day I dropped the keys from my St. Petersburg rental apartment into its mailbox, got into my car loaded with boxes of stuff, and drove for 700 km into the city of Vaasa, the capital of Ostrobothnia region in Western Finland.  The city by a narrow sea, the sunniest city of the country, the energy capital of the country, the most Swedish of major Finnish cities. Population 65,000. And I will be writing about it here, among other things.

I should emphasize that all that I’ve written here is written from my own experience (which is the experience of a single Russian male, 30, a software developer, moving to a mid-sized Finnish city for work). I tried to give as good overviews of all the subjects as I could but in the end, these posts, like everything else I write, are quite subjective. Now that I’ve said this, let’s begin! I tried to rather meticulously summarize all the basic stuff you need to consider and to deal with when moving to Finland, and as of December 2018, a year later, I think it’s more or less complete by now. Although it’s never possible to tell every single details, of course.

Some legal aspects of moving to Finland.

Briefly about the job search process (for a software developer, originally from Russia) in Finland.

How I applied for a Finnish residence permit, upon finding a job there.

Getting the basic Finnish papers: registration at the magistrate and ID card.

Getting a bank account in Finland and what you can do with it.

A bit of theory about renting an apartment in Finland and my own experiences in that regard.

Living in an Apartment (Part 1)

Living in an Apartment (Part 2)

Final major things to do after a move to Finland: registering at the tax office and in the public health care system.

How to get between places in Finland. Like, physically.

My experience with learning Finnish so far (over my first year in Finland).

A Year in Finland

Where we go along from here? Also some leftover topics

Moving from Vaasa to Helsinki (Part 1)

The exciting sequel to the immigration story, internal move within Finland! Job and apartment search, terminating the rent and moving out

Moving from Vaasa to Helsinki (Part 2)

The second half of the exciting sequel to the immigration story! Changing contracts, moving in and first impressions of Espoo