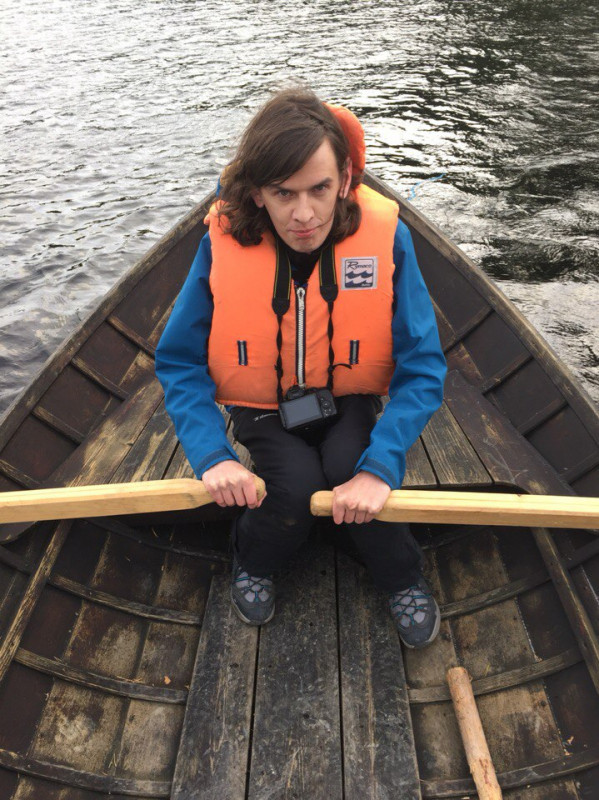 My name is Alexander Ulyanov, and this humble website is where I publish notes mostly about Finland and the places I visit, both in Russian and in English.

I am 32; I was born in Yekaterinburg (about the middle of Russia), studied English and Linguistics in college (not for long), lived in St. Petersburg for six years, and at the end of 2017 I moved into the city of Vaasa in Finland, in the Ostrobothnia region. This is a small city by the sea and near vast forests, with hares running around right under my apartment windows, and I love it here so much! Or rather loved, because as of summer 2019 I moved to Helsinki, or rather to its suburb of Espoo. However it has sea, forests and hares too, so I’m not really losing anything.

My biggest interest in life, at the moment, is Finland itself; its history, geography, nature, culture, art, and the wonderful Finnish language of course. This is a wonderful and incredibly interesting place. I’m interested in other Nordic countries as well to a lesser extent. Exploring Finland and learning about it is so much more fun when you actually live here, and I dream of eventually doing something like writing guide books about Finland. I’m particularly interested in Lapland, including the Sami people.

I like stories and movies where evil prevails, or at least some really dark and/or antisocial good guys. I like unhealthy food, reindeers and rabbits, being a smartass, taking photos of places of interest, road trips on my Dacia Duster or walking around the city, procrastinating with my laptop and drinking beer, pretty much whatever everyone does. I’m a very introverted and even shy person in real life, but unlike it might appear I actually like people and I’m actually of fairly high opinion about the humanity in general, and I believe there are nowhere as many assholes in the world as it is commonly believed.

I work as a software developer in a major Helsinki-based company, in healthcare sector. I’m a full stack web developer with frontend focus; I’m most experienced with modern PHP and Symfony web framework on the backend, and React+Redux on the frontend. I have loads of expertise with Symfony, particularly in the area of legacy code integration, which is what I tried to write about here before I got bored. I like Java and C# and C++ a lot, but I only have small real-world experience with them. I used to really dislike frontend and Javascript, but I grudgingly admit that it has become almost tolerable lately (much more so if you use TypeScript), and somehow shifted from being a backend guy to being a frontend guy. Some of my old code is available at GitHub, but most of what I develop is not publicly available. Unfortunately I almost never engage in any personal coding projects; I prefer to travel and/or write here instead.

I’ve been operating this blog/website, where I post rather irregularly, since 2014; the current iteration is from April 2018, running on WordPress, with its theme designed from scratch by me; however most of the Finland-related content was moved in September 2020 to Encyclopaedia Fennica subdomain, using a self-made static site generator. The raccoon with antlers is drawn by my friend Annika Saari.

The word pohjoiseen means “into the north” in Finnish language.

This website is maintained as a personal hobby and has no ads. It does not remember you (apart from standard web server access log, deleted after a few days), does not need your data and makes no attempts to collect it. The sole exception is anonymized aggregated Google Analytics statistics so that I have some vague idea how many people actually read this stuff.