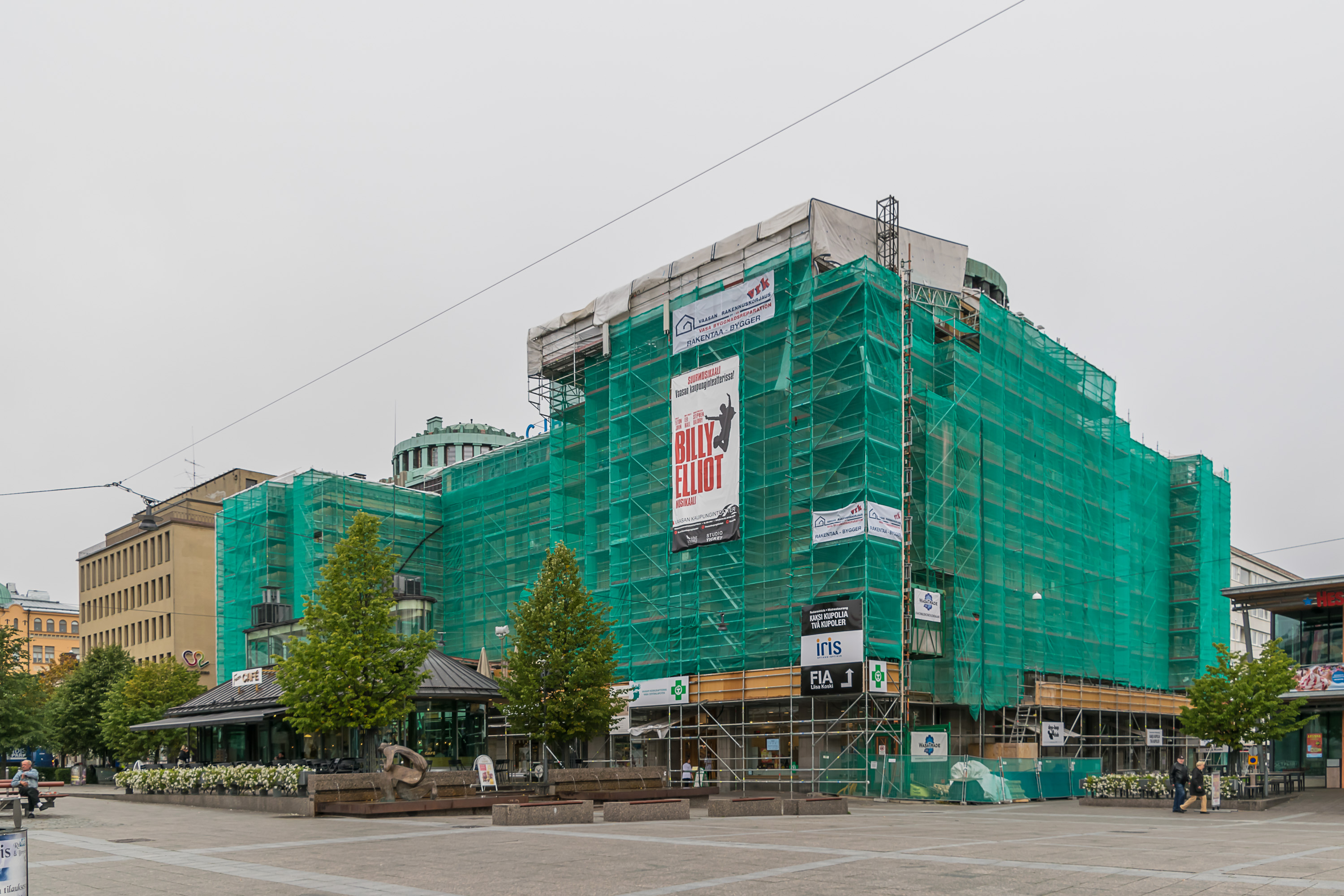 Next: Applying for Permit

The first thing I have to note here is that this part of course describes my own experience in finding a job in Finland. Job search is kind of an art in itself and there can be no single unified procedure here, while I only ever looked for a job in Finland once, and that didn’t actually take too long. So it’s possible that I miss something in this part.

Okay, so, if you decided to move into Finland on the grounds of having a job here, then you need a job (duh). A good starting point for job search is Monster.fi website. It has only Finnish interface, so you may just well begin to get used to Google Translate being your friend! (Chrome automatically prompts to translate pages in foreign languages, and there are similar extensions for other browsers; I use http://www.sidetree.com/extensions.html#Translate for Safari.) Google Translate by now is fairly good at translating Finnish, and you can read Finnish websites without too much trouble. You should however always choose the option to translate into English, even if that’s not your native language; otherwise Google would actually make two translations, from Finnish into English, and from English into another language, and that will be a big source or errors.

But you probably won’t need to translate much on Monster.fi yet. Just type “php” or “frontend” or whatever kind of developer job you’re looking for into the first field, and optionally a city or a region into the second one. Some (maybe most) of the results will be in Finnish, and others in English. It’s likely, although not certain, that the language of the job advertisement will correspond to the language that is actually used on the job.

There are many other job listings, of course, but most job advertisements will be duplicated between them. Another good place to start is of course LinkedIn.

Job advertisements, even in English, rarely state directly “yes! we’re hiring foreign guys!”, so you shouldn’t be bothered too much by the fact you’re a foreign guy. Hiring a skilled specialist (as opposed to just a worker) from abroad is in general not that much of a bother for a company.

Job advertisements never state expected salaries, this is always discussed later. Salaries between different jobs (assuming they require similar qualifications of course) shouldn’t differ too much anyway. There generally are no really small or really huge salaries in Finland, and if you’re being offered one, that could be a red flag. As in most countries (but not in Russia), the amount negotiated is always the one before tax, becase tax system is relatively complicated, and often the amount of income by itself is not enough to calculate the exact tax rate. I made a fairly detailed post about Finnish taxes a few months ago, but I didn’t translate it in English. I can however repeat a super brief rule of thumb from it:

As for degree and skills requirements, these as always are not necessarily rigid and can be stretched a bit, so it might be worth to try applying even if you don’t fit the stated requirements to a point. It is, however, a very bad idea to lie or exagerrate your experience; this is not acceptable in Finland.

Many jobs are posted not by the companies themselves, but through some recruiting agency like Academic Work or Barona. I don’t know whether the process will differ if you apply through such an agency, I didn’t try. They don’t state the actual employer in the advertisement in that case.

I contacted employers the same way I did in Russia: a short cover letter, a paragraph or two, where I at least made it clear that I actually read the job advertisement and looked through their website, and a CV one and a half page long: contact information, important skills (a list of about ten points), previous jobs, with descriptions of basic responsibilities and achievements there a paragraph long, a mention of education (Linguistics, unfinished) and language proficiency (Russian: Native, English: Fluent), and a few lines about hobbies.

Do not expect a quick answer. If the answer comes in three days, that’s really fast! It might easily be several weeks. It’s not that the Finns are particularly slow, it’s just the way it is. Sometimes they write in the advertisement “applications are accepted until this date: …”; in that case they’ll answer everyone after that date. Eventually almost everyone did answer however, even if the answer was an immediate “sorry you’re not the person we’re looking for”.

At first you might be offered some online test or a simple test task to make sure you’re actually worth examining. After that expect a Skype interview. Yes, as a person who was always shy 1) to speak on the phone 2) to speak in English 3) to speak ON THE PHONE IN ENGLISH I found that a very scary idea. However it wasn’t actually particularly bad. It helps a lot that the Finns usually speak English (same as Finnish really) very clearly and understandably, even if they make mistakes or have a noticeable accent. And it’s not a big deal if you forget some word because they sometimes forget them too 🙂 The Skype interview might be with video, or without it, that depends on the interviewer.

Big companies will often actually require several Skype interviews. It was like that at Vaadin, a company from Turku which you might have actually heard about. They offered a trivial test that took half an hour, and then said there will be three rounds of Skype interviews and the final one in person. I actually declined that; by that time I already had a job offer at Vaasa, and I just liked that place.

In Vaasa actually the process was much faster. I was literally made a job offer after just a single Skype interview. We talked for an hour with Mattias, the head of engineering at the company, and he asked me various classic things like “tell me about the last project you worked on and the challenges you had with it”. In the end he said that he was satisfied with everything, and they will think for a few days. I expected more interviews, but, well, got an offer. So in the end I didn’t even have to re-learn again stuff like design patterns or intricacies of “+” operator semantics in Javascript; something that companies like Vaadin would very likely ask. Honestly though if I had to hire someone for a small company in a small place like Vaasa, which by itself might not be an attractive one for many candidates, I wouldn’t waste time too if I found someone who seemed a good fit.

If everything is good so far, expect an interview in person. At that point it’s likely be more about actually getting acquainted with the team and the office, rather than having to prove yourself once more. Well, and of course they will see what you are like in person too. I was asked to visit Vaasa as well, or actually it was I who first mentioned that 🙂 The company should fully pay your travel and (if necessary) accommodation expenses in that case. Of course they’re not required to, but if it doesn’t that’s a red flag as well.

Of course you may need to have a valid Finnish or other Schengen state visa to even visit Finland. It’s not expensive to get one, compared to the actual trip, but it takes time and effort too. So it would be much easier if you already have one when you start looking for a job.

In my case, they bought me train tickets to Vaasa (from St. Petersburg by Allegro train to Helsinki, or rather to Tikkurila station near it, and transferring to an internal Finnish train to Vaasa there; about 8 hours one way in total) and back, and an overnight stay in a nice apartment in the city center. Mattias met me at the railway station, we went to the office (a five minutes walk), where I got acquainted with the other developers. Then I had a tour of the city, and then of a good local restaurant, and then of a very nice local brewery. And on the next day before leaving I had a nice long walk around Vaasa by myself.

Thus we reached an agreement with my future employer, as I wanted to work at them and they wanted me to work at them. Mattias promised to prepare the documents necessary for the residence permit, and thus I went back to St. Petersburg.