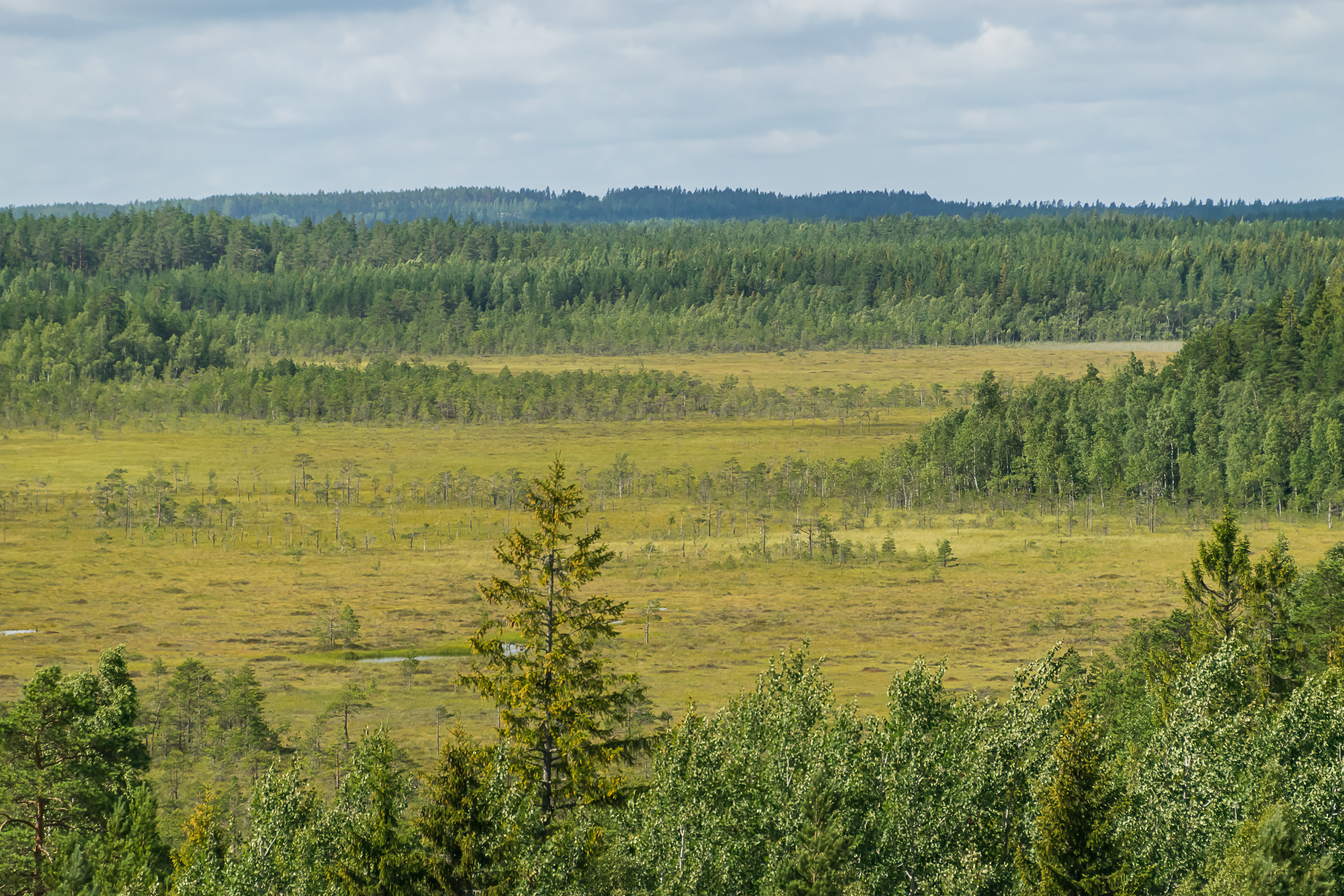 I took a weekend trip to Finland in early August.  I was abroad for the first time since my 5.5 week long vacation in Northern Sweden and Norway in May-June which, of course, I still have to write about someday; I’m not even finished with sorting the pictures from that trip yet.  I have a pretty huge backlog of trip reports, actually, but hopefully things will become easier with my reworked blog.

I chose Loviisa, a town on the southern coast of Finland, as my primary destination, but I also intended to see Svartholm fortress and Ruotsinpyhtää iron works and hiking trail.  But first of all I wanted to do something which I’d been thinking about for some weeks: going to the southeasternmost accessible point of Finland.

By this, I mean the point where the Finnish-Russian border starts at the Gulf of Finland.  There is of course a restricted zone near the border, which is mostly a few hundred meters to a few kilometers thick on the Finnish side.  It cannot be visited without a special permit, and is monitored by the border guards service.  This zone is clearly marked and there is no danger in wandering there by accident if you pay some attention.

So according to the topographic map, the southeasternmost point without restrictions (the restricted area is marked with violet shading here) is a sandbar appropriately named Hiekkasaari (Finn. Sandy Island), about 450 m from the actual border, and there is some sort of road going there:

To save you the suspense, no, I couldn’t visit Hiekkasaari.  Drove all the way to the last fork in the road, but the final part was marked as private area (Yksityisalue — a useful Finnish word to know) and I couldn’t go there.  Well, at least now I know.

1. I took a left turn to a road going towards Kurkela village right after entering Finland at Vaalimaa border crossing checkpoint.  The road was a pretty typical Finnish gravel road, little used and mostly fairly smooth.  Parts of it went right along the edge of the restricted area which is marked with yellow poles, signs, and tape stripes on trees.  You can see the markings on the left.

2. I saw a sign for “Kurkela Lintutorni” (bird watching tower) and decided to stop here and explore the tower.  Incidentally I just recently bought a new camera lens, a Nikon 18-300 VR.  It’s pretty much the most versatile travel lens you can buy, and fully extended at 300 mm it allows to actually take pictures of birds and wildlife, or discreet pictures of people who are walking hundreds of meters away from you, or simply places really far on the horizon.  Of course it’s not a perfect lens; it’s heavy as fuck (heavy enough that it tends to slide out under its own weight; there is a switch that locks it in 18 mm position to prevent this) and the quality at both wide-angle and telephoto focus lengths noticeably suffers in the details.  For the kind of photography I do it’s fine though.

3. The tower is a short walk away from the parking lot (if you can call it this).  It’s rather spacy and well-built, some 20 years ago or so.  There was no one present here (it was 9 AM in the Saturday morning).

4. It’s only a few kilometers from the tower to the sea but unfortunately you still can’t see it from the top.  The best you can hope for is some farm buildings.

5. And pine cones of course.  They kind of look like fishes from afar.

6. No signs of any birds.  I did hear a few, but all of them sounded like they were too far from here.  I awkwardly looked around at the treetops for a few minutes, then got down.  So much for the first experience of wildlife photography with the new lens.

7. Kiiskijärvi (Fin. Ruffe Lake), a long narrow lake that the road crosses after the birdwatching tower.

9. There was a small but neat beach right by the bridge.

10. And after some more kilometers on this road, and then a narrower and a more winding one, this was my final destination.  The main road to the left continues on to the border zone (you can tell since the yellow sign is on the right side of the road now).  The forest tracks to the right go to Hiekkasaari, in a few hundred meters or so.  But there was a “private area” sign, so this option was off-limits just as well.  So I guess you can say this is the southeasternmost accessible point of Finland.  It doesn’t look like much but it exists.

Incidentally, the northernmost point of the Finnish-Russian border is definitely accessible.  It’s actually a Russia-Finland-Norway border tri-point, just like Treriksröset (Finland-Sweden-Norway tri-point).  This tri-point is located on a hill named Muotkavaara, in the taiga of Lapland.  The easiest option is visiting it from the Norwegian side, via a hiking trail from Øvre Pasvik National Park.  Visiting it from the Russian side is forbidden and you can actually get in trouble even if you just stroll into the Russian sector there a bit (I think there’s no actual border fence or anything).  Muotkavaara is on my to-do list, of course.

11. So I returned to the main road, National Road 7, and drove to the west.  Since I had some time to spare, I decided to pay a visit to Valkmusa National Park instead.  Valkmusa is the closest (land-based) national park to the Russia border, located in the vicinity of Kotka, but it’s a rather tiny and unremarkable one.  It is mostly about mires.  There is a 2.5 km duckboard trail through a mire (with a bird watching tower) and you can ski on the frozen mire in winter and that’s about it.  Its visitor numbers are among the lowest in Finland.

The national park isn’t even signposted from Road 7, so you’re unlikely to stumble there by accident.  It is signposted from Siltakylä village on Road 170, the road that used to be Road 7 before the current motorway section was built (in 2013 I believe).  However I followed another road by accident, the one that was signposted from Heinlahti.  It went to the secondary entrance to Valkmusa, to a short trail to Moronvuori rock and day trip hut.

12. The long dead-end gravel road from Heinlahti crossed Road 7 via an overpass, which allowed me to take a few nice pictures of the motorway.  I’m always a bit amazed by just how much effort goes into the construction of any decent road.  In this particular location you can image how many thousands of tons of rock needed to be blasted and moved away.  (I believe difficult terrain was in fact the reason this motorway section, Koskenkylä-Kotka, over 50 km long, was built as late as 2013.)

13. I also like overpasses of this kind on Finnish motorways.  They’re meant for wildlife crossing and there’s also a very minor local road on top too.

15. The road to this national park entrance is named Suolinnantie after its primary destination, a farm in the woods curiously named Suolinna (Finn. Mire Fortress).  It then continues on to Moronvuori, a rather poor and narrow forest gravel road, longer than you’d expect, with some big stagnant pools in a few places (nothing dangerous).

16. The national park territory starts from here.  There’s a small parking lot and an information board.  The day trip hut is in 2 km from here.  I left the car here and walked on, unsure if it would be possible to continue driving.  It turned out it’s actually perfectly possible to drive onwards for slightly less than 1 km and leave the car there, and there are no forbidding signs or anything.

17. While the national park was created because of the mires, you do no get to see many of them along the Moronvuori trail itself.  You can walk a bit off trail to have a closer look; the mire, named Kananiemensuo (Finn. Chicken Cape Mire), begins just a few dozen meters to the left of the road.

19. Eventually the forest road ends with a small loop, as Finnish forest roads typically do, and the actual trail continues on.

20. The trail is surprisingly well-marked.  In winter it serves as a section of a longer ski track.

21. Moronvuori Rock, well visible here because the forest has been cleared under a power line.  “Vuori” means “mountain” (typically used for relatively minor rocky outcroppings such as this one) but I have no idea what “moron” means.  The name of course sounds funny in English.

22. And shortly after, the day trip hut itself.  There is an outhouse and a picnic spot nearby.  According to the log book in the hut, it sees a few visits per day despite being fairly out of the way.

23. As is typical for Finnish day trip huts (päivätupa), it has a table, some benches, and a stove.  There is a huge pile of firewood, stored under the same roof.  The attic space above the firewood can actually be used for overnight stays, and there’s a blanket and a sleeping mat in case you need them.  Of course since this is a day trip hut, not a proper unmanned wilderness hut (autiotupa), this is only meant for emergencies.  Actual autiotupas are rare outside of Lapland, and pretty much non-existent in the relatively densely populated Southern Finland.  Still, I guess this is the place closest to the Russian border where you can stay overnight in some fashion under a roof for free.  Camping near the hut is allowed as well.

24. From near the hut it is easy to climb Moronvuori rock itself; the trail is unmarked but pretty obvious.  If you walk a short distance back to the power line on top of the rock, you can enjoy some views.

25. Kananiemensuo Mire.  The main duckboard trail of Valkmusa is somewhere in that direction.  Kymi River also flows fairly close by but it’s not visible from Moronvuori.

26. Then I climbed down from the rock, walked back to the car, and drove on to Ruotsinpyhtää which I’ll cover in another post.